Roads beyond counting and buildings that block the very sun. A city that stretches without measure and whose secrets are without number...

A sprawling metropolis, built on the bones of cities long forgotten, it is as every bit as colorful and chaotic as it is deadly and unforgiving. It is ruled from the glistening Spires above; The Nobles, demigods of flesh made gold, who’s tyrannical whims ebb and flow like bloody tides across the city. Yet, as tall as the city towers above, so too does it descend below, where dark and terrible things roil with hunger beneath the cobblestone streets...

Into the Cess and Citadel

Into the Cess and Citadel contains information, tools, and tricks for both players and Game-masters. For players, there are a multitude of options to travel and explore the city, from the squalid Undercity below to the decadent Spires above, each requiring a different approach to survive their hardened and blood-stained passages. Along the way will be complex factions to befriend or combat, along with opportunities to exploit for the many treasures that await in the eclectic districts. Finally, there are a multitude of strange artifacts and cobblestone magics, each embodying the chaotic and frightening nature of the city.

For Game-masters the book has everything you might need to run a colorful and dark urban-themed game. Monsters and encounters that present players with unique challenges and personify the warped spirit of the city, simple rules for providing meaningful depth to city exploration and survival, interconnected and evolving factions that operate in the light and in the shadows, along with easy to use generators for streets, vendors, NPCS, events and more to flesh out the details of your sprawling metropolis.

As well, for groups looking to take the plunge into a fully urban campaign, there is an entire toolbox and resource guide for how to easily prepare and play games with minimal effort, keeping preparations to a minimum and allowing large scale settings to be played quickly and fluidly.

• Rules for traveling and surviving in a city; including exploration, traffic, and hazards.

• Tools for generating unique urban factions and their complicated relationships.

• Guides for running each of the urban environments presented within the book and pointers on how they differ from dungeons or wilderness.

• Hundreds of tools, hirelings, contraband and services both mundane and strange.

• Unique districts to explore and exploit, from the grand libraries of the Archivists to the industrial hellscapes of the Foundry.

• Dozens of tables for dressing shops, streets, NPCs and more.

• All written in a system-neutral format for use in most role-playing games.

In order to download this game you must purchase it at or above the minimum price of $19.95 USD. You will get access to the following files:

UPDATE: the creators made everything right. Thanks.

Not sure why you haven't gotten a pdf yet, I can shoot you a copy via Itch, just let me know your email

Thanks for the response. It could be because I was a late backer. Other folks on Gamefound in the comments section are having similar issues. I had sent "you" a message through the gamefound site about a week ago, not sure if you're receiving those messages.

My email address is [redacted].

Hi! Any plans for a hardcopy?

[edit] Nevermind! Found the Gamefound and submitted a late pledge :)

Is there a print release forthcoming?

Into the Cess and Citadel by Wet Ink Games - Gamefound

wow this looks seriously awesome, definitely going to give this a look. Love the music on the trailer

it is indeed very good

Hi I backed the book and am reading through it now, is there anywhere I can leave feedback?

There is rating feature on the top right corner. Or on the bottom right, if you are using portable devices. 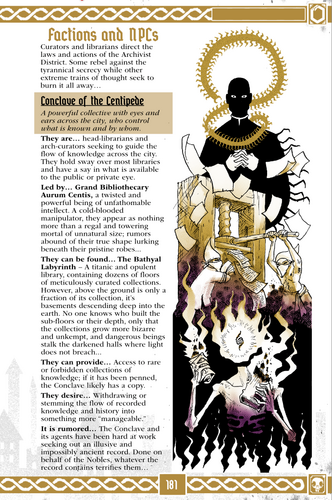 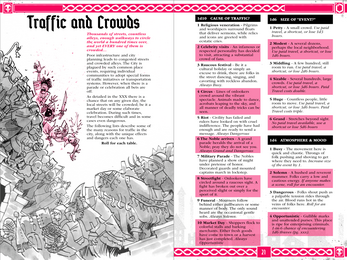 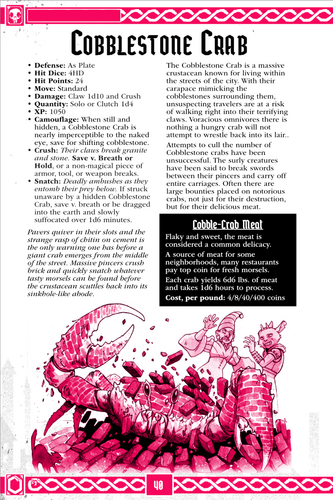 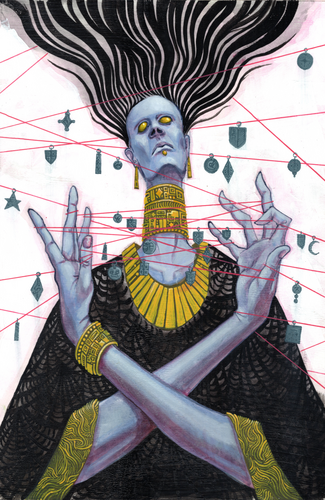